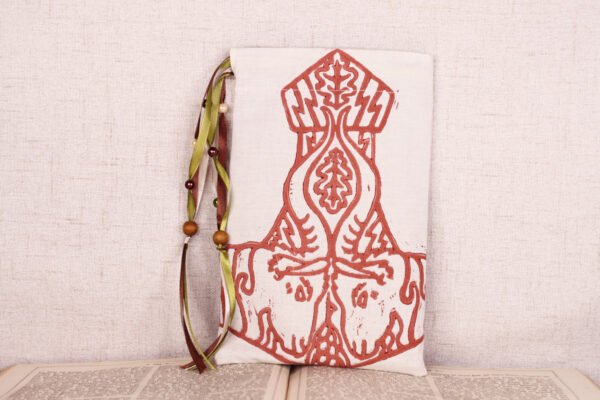 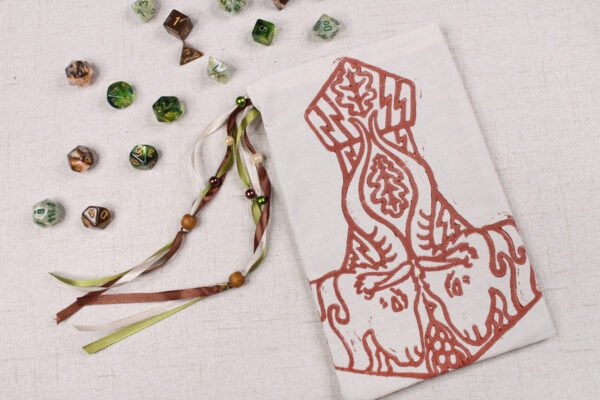 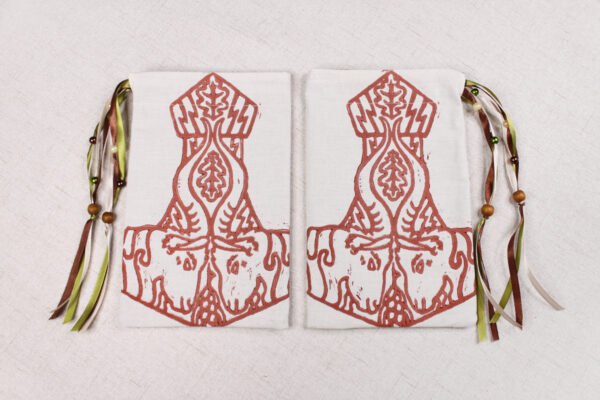 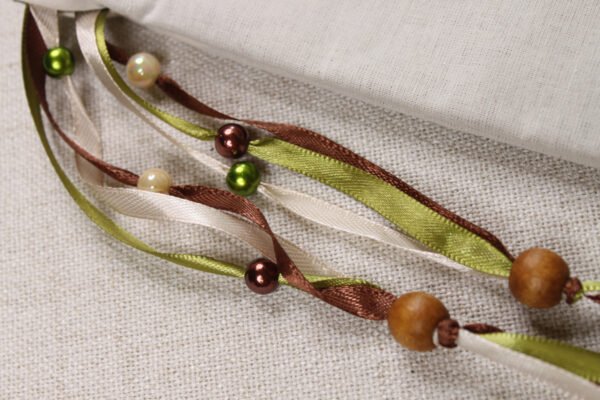 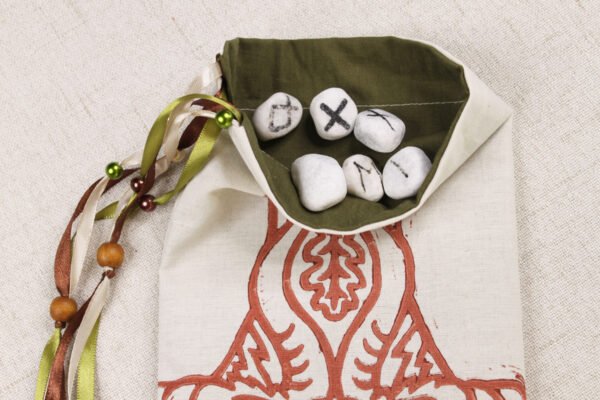 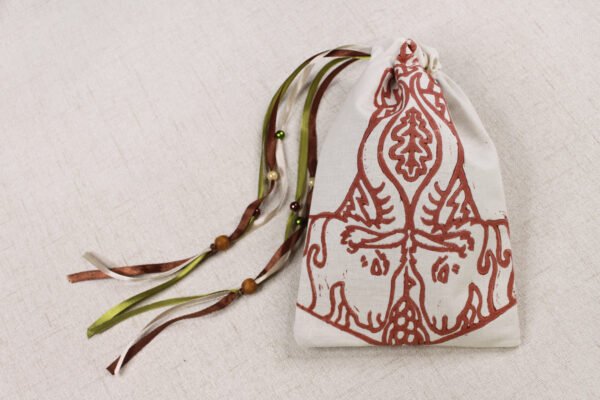 This print was based on the legendary hammer of the Norse god Thor, Mjollnir. It was made by the Dwarven Smiths Sindri and Brokkr. After the hammer is thrown it returns to its wielder. The strength of Mjollnir was so great that Thor needed to wear a magical gauntlet so that he could catch Mjollnir without it causing him harm.
The god Thor is often associated with thunder and lightning, but he was also the god of trees, good weather and crops. Tree wise, he was particularly associated with oak trees, presumably due to the common occurrence of them being struck by lightning. As Thor travelled through the air summoning thunder and lightening and wielding his mighty hammer, he rode a mighty chariot pulled by his two giant goats Tanngrisnir and Tanngnjóstr.

They are great for storing all sorts of things, such as: Tarot Cards (the pouch will fit a deck of 70mm x120mm tarot cards), Gem Stones, Rune Stones, Dice, Jewellery etc..

Please be aware that colours may differ slightly due to screen display.
You will only receive the pouch when ordering this; the stones and dice in the photos are not included!